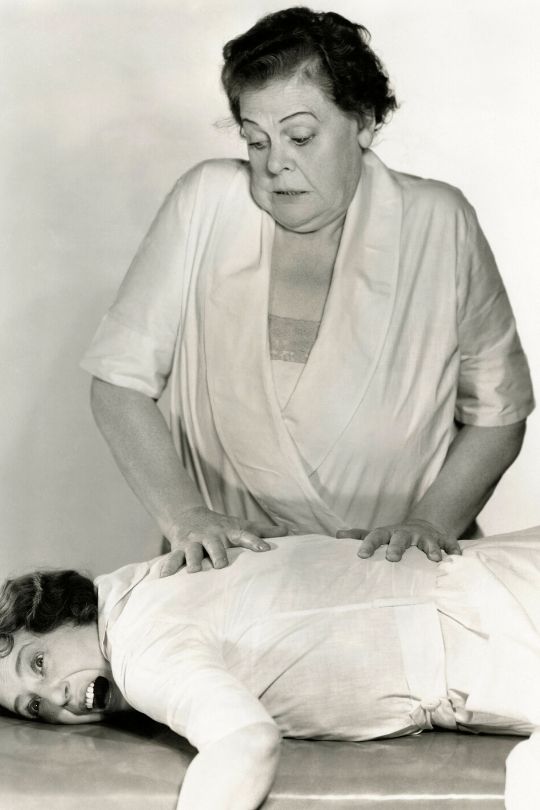 I’m going to be totally honest here…..I’m a horrible person to give a massage to. I’m picky about my bodywork (and bodyworkers) and I have spent time on more than one occasion internally critiquing the session.

I mean, what do you expect when you’ve been doing massage and bodywork for almost 20 years?

Kind of wish cloning was a thing! And I wish that my amazing team of talented therapists (you know, the ones that I hand picked to work for and represent Michigan Massage and Wellness) could all clone themselves so we could have staff to only work on each other.

Alas, life doesn’t work that way….but let me entertain you with the story of the worst massage I ever had.

Anyone who knows me knows how much I loathe Groupon and other ‘daily deal’ sites as a small business owner. And honestly, even as a consumer now. Back when they first came onto the scene there was potential with it but it’s just become so over saturated it’s ridiculous.

However, in the interest of doing ‘field research’ I purchased a Groupon for a 60 minute deep tissue massage for the ridiculously low price of like $30. Oh yeah, it was going to be GREAT for a story.

I walked into an office suite in a building in Southfield. You know the building, where it’s a lot of law offices, accounting, etc., not really where you’d expect to see a massage practice, but hey, my office location isn’t a traditional setting either.

Ignoring the children that were literally laying on the furniture in the lobby area, I got checked in and they took me to the room. Where I waited. 10 minutes after when my appointment was supposed to start someone knocked on the door to let me know that my therapist was running late and he would be there in 10 minutes. Ummm….okay? So you’re going to start my session 20 minutes later than it was supposed to?

Finally, about 30 minutes after my scheduled start time my therapist finally arrived. He (yes he, I had requested a female therapist) apologized for his tardiness, and said that he had gotten into a car accident.

He proceeds to start the massage and what followed was about 25 minutes (because I asked him to not give me the full hour, because honestly, I never would have made it given how it started out) of basically petting and jostling. No flow to the session, no questions about pressure, points, etc., just “you’re really tight here, but that probably already feels better”. Nope, sorry, doesn’t.

And oh the music. When he finally remembered to put on the music what came through the speakers can only be described as Sunday Bible Worship. And it honest to God was. I looked at the CD when the session was finished.

Thankfully, the session came to a close, and because I’m a fan of good karma, I left him a tip on the table in the treatment room and headed to check out where the receptionist tried to give me an invoice for something like $50. I explained to her that I had already paid (per Groupon) and she pointed out that it was for a “service charge” and gratuity. I pointed out to her that I left a cash tip in the room, and also pointed out that I didn’t have a 90 minute Swedish massage as indicated on the invoice, but a 60 minute (that really was only about 25-30 minutes) deep tissue (that if that’s deep tissue work, I want to slap someone for misinforming people).

She then took the invoice back, crossed out 90 and wrote 60 and handed it back to me.

Still not exactly sure what is transpiring, I thanked her and left. And upon getting into my car, saw that the receipt they had given me was for someone else’s service. So I had a clients name, address and phone number! So much for privacy I suppose….

So what’s the point of this long winded story?

KNOW WHO YOU ARE DOING BUSINESS WITH.

Stop looking for deals, and start looking for quality. Trust us, when it comes to your body, don’t you want to go to a place where they’re not just looking to get bodies in the door no matter what the cost? Stick to the professionals. Especially those that let you choose your own music. (Hint: we let you 🙂 )